A connected graph can be separated into two parts by removing certain branches of the graph. This is equivalent to cutting a graph into two parts hence it is refered as Cut Set Matrix in Network Analysis.

A cut-set is a minimal set of branches of a connected graph such that after removal of these branches graph gets separated into two distinct parts, each of which a connected graph, with the condition that replacing any one branch from the cutset makes the graph connected. 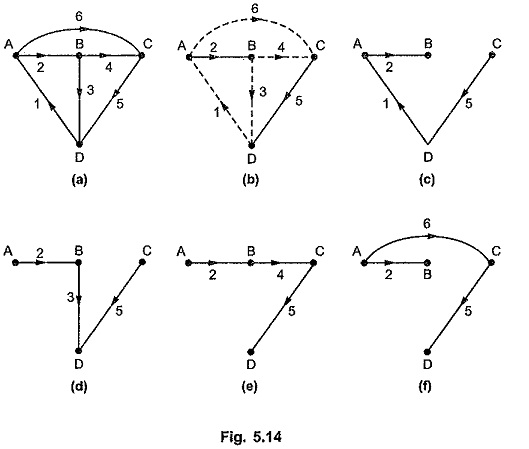 The cut-set separates the nodes of the graph into 2 group each being in one of the two parts. So the branch of cut-set has one of its terminals incident at a node in one group and its other end at a node in the other group. So we can consider that all the branches joined at a node forms a cut-set since by removing them, the graph would be splitted into two parts.

The elements of cut-set matrix Qa are given as follows,

The Cut Set Matrix in Network Analysis can be written tabular form, 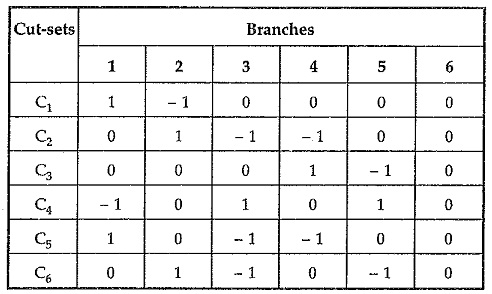 Thus, cutset matrix Qa is given by, 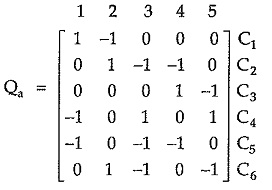 For any graph, number of cut-sets may be extensively large so to ease simplification subset of cut-set matrix is considered which is called fundamental cut-set or f-cut-set matrix. 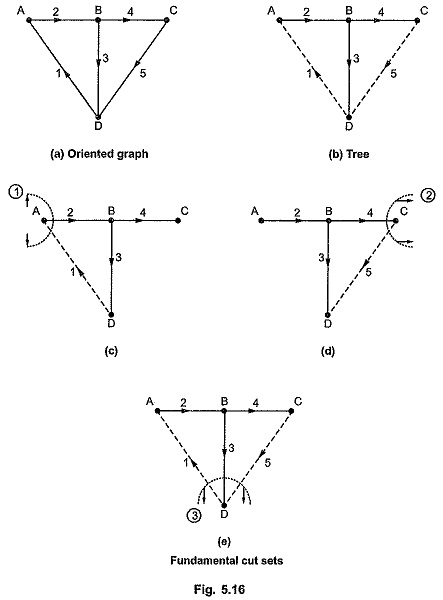 The f-cutsets can be listed as below.

The f-cut-set matrix can be written matrix form as follows in which writing twigs entries first, then links entries.

Hence the fundamental cut-set matrix Q is given by,

where QT is the twig matrix which is the identity matrix while QL is the link matrix.