Single input unbalanced output differential amplifier configu­rations are rarely used. The reasons for this are as follows:

In this configuration, an output signal can be impressed on the base of either transistor and output can be measured at either collector. 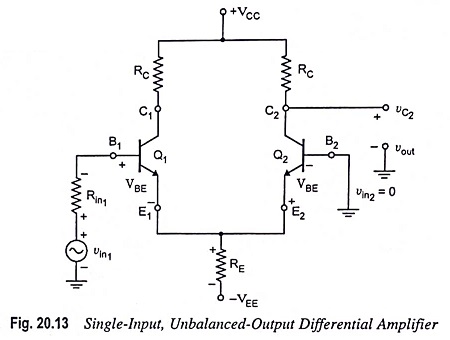 Single-input, unbalanced-output differential amplifier with input applied to the base of transistor Q1 and the output measured at the collector of transistor Q2 is shown in Fig. 20.13.

The dc analysis process and the bias equations for this configuration are also identical to those of the previous three configurations. Thus

The ac equivalent circuit of the this amplifier with small signal T-equivalent models substituted for the transistors is shown in Fig. 20.14 (a). 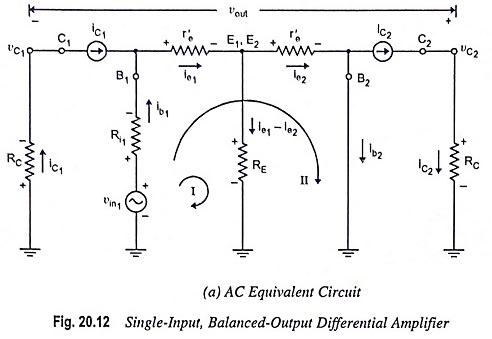 Substituting value of ie2 from Eq. (20.31) in above expression, we have

2. Differential Input Resistance: The input resistance Rin of this configuration is identical to that of previous one, i.e.,