It is used to read data from the input device such as keyboard. The simplest form of input port is a buffer. The input device is connected to the microprocessor through buffer as shown in the Fig. 4.28. This buffer is a tri-state buffer and its output is available only when enable signal is active. 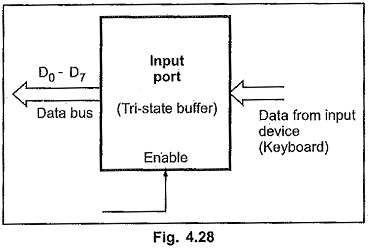 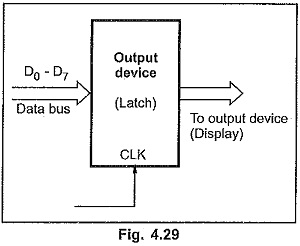