A Difference Between Electric Circuit and Magnetic Circuit are shown in Figs. 10.27(a) and (b) respectively. 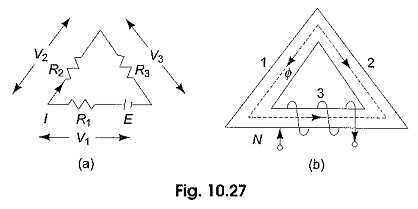 Figure 10.27(a) represents an electric circuit with three resistances connected in series, the dc source E drives the current I through all the three resistances whose voltage drops are V1,V2 and V3. Hence, E = V1 + V2 + V3, also E = I(R1 + R2 + R3). We also know that R = ρl/a, where ρ is the specific resistance of the material, l is the length of the wire of the resistive material and a is the area of cross-section of the wire.

The drop across each resistor V = RI =ρl I/a

1/μ can be termed as reluctance of a cubic metre of magnetic material from
which, the above equation gives the mmf per unit length (intensity) which is analogous to the voltage per unit length. Parallels Difference Between Electric Circuit and Magnetic Circuit quantities are shown in Table 10.1. 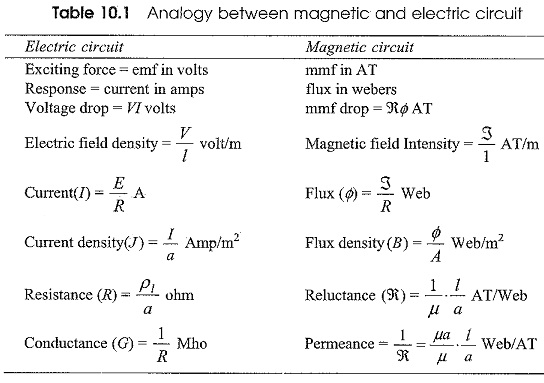 Thus, it is seen that the magnetic reluctance is analogous to resistance, mmf is analogous to emf and flux is analogous to current. These analogies are useful in magnetic circuit calculations. Though we can draw many parallels between the two circuits, the following differences do exists.