Space Charge Region at a Junction:

As explained already, the interface separating the N and P-regions is called the metallurgical junction. Let us consider a step junction in which the doping concentration is uniform in each region but there is an abrupt change in doping at the junction. 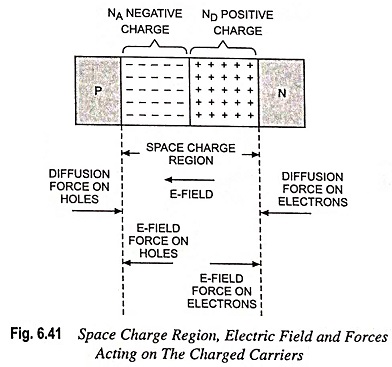 Figure 6.41 represents the net positively and negatively charged regions for a semiconductor P-N junction where there is no external connection, no applied voltage, no field etc. The net positive and negative charges in the N and P regions induce an electric field near the junction in the direction from the positive to the negative charge, or from the N-region to the P-region.