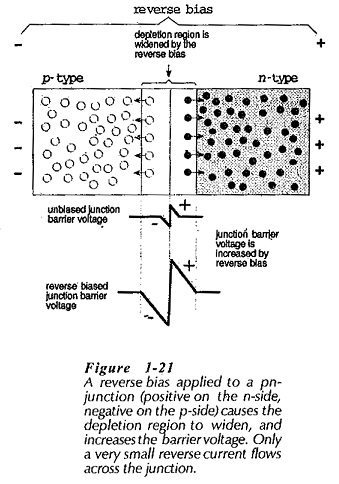 Although there is no possibility of a majority charge carrier current flowing across a Reverse Bias PN Junction, minority carriers generated on each side can still cross the junction.

Only a very small reverse bias voltage is necessary to direct all available minority carriers across the junction, and further increases in bias voltage do not increase the current. This current is referred to as a Reverse Saturation Current. 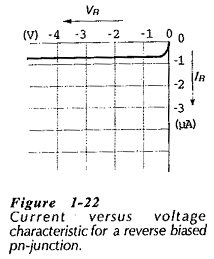 The reverse saturation current is normally a very small quantity, ranging from nanoamps to microamps, depending on the junction area, temperature, and semiconductor material.