A symmetrical network has two important properties as 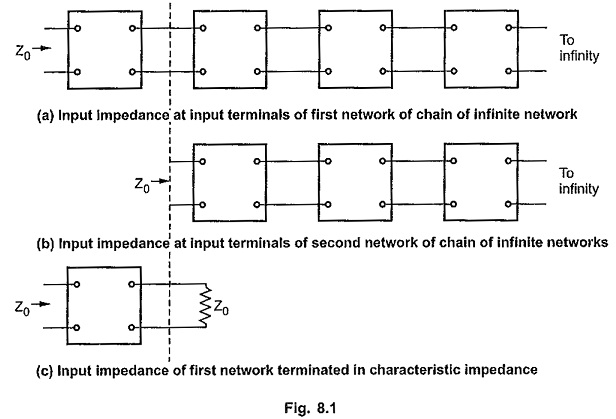 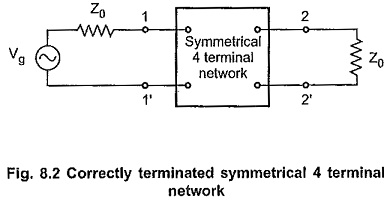 Thus in general when any symmetrical network is terminated in its characteristic impedance Z0, the input impedance will also be Z0.

Consider a chain of identical symmetrical networks connected in cascade as shown in the Fig. 8.3.

The current leaving any section will be definite proportion of that entering section and in general will be out of phase with it. Thus the relationship between the currents entering and leaving the section is a vector quantity with both modulus and angle. This quantity is represented in the form eγ for convinence where γ is a complex number given by γ = α + jβ

Let the ratio of input to output current be given by

Since all the sections are identical, we can write 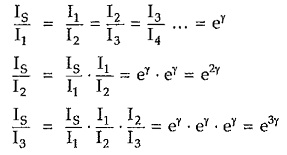 If the network is correctly terminated, then we can write,