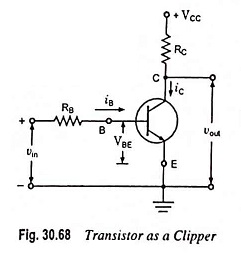 Waveforms for the transistor clipper for ramp input are shown in Fig. 30.69. 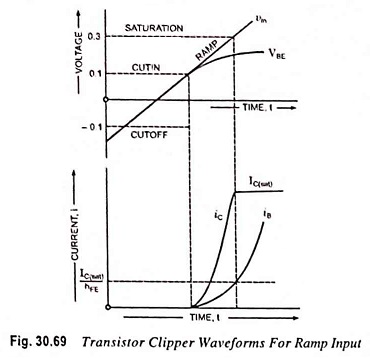 In the active region, the output current (collector current iC) will be of the same form as the input base current. In saturation region, however, collector current will become constant and becomes IC(sat).

Waveforms for the transistor clipper for sinusoidal input are shown in Fig. 30.70. 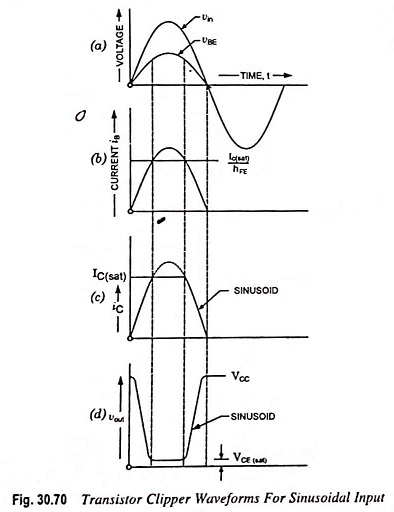