Signal Definition and Classification of Signals:

A signal is a single valued function of one or more variables that conveys some information. Signals are represented mathematically as the functions of one or more independent variables. A signal may be a function of time, temperature, position, pressure, distance etc. In electrical sense, the signal can be voltage or current. The voltage or current is the function of time as an independent variable.  The Classification of Signals are namely

1. The signals can be one-dimensional or multidimensional.

2. Based upon their nature and characteristics in the time domain, the signals may be broadly classified as given below: 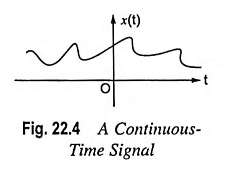 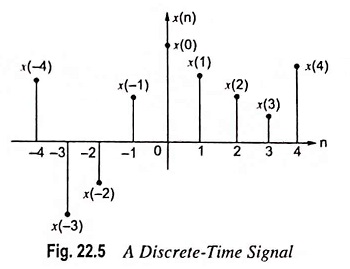 Here T0 is called as the period of signal x(t). Example of these signals are sine wave, cosine wave, square wave etc.

Here, N is the period of signal and its smallest value is called as fundamental period. 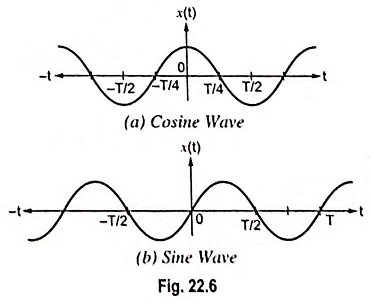 Sine wave is an example of antisymmetrical continuous time signal.

The energy signal is one which has finite energy and zero average power.

x(t) is an energy signal if it satisfies following condition:

Here, E is the energy and P is the power of signal x(t). The power signal is one which has finite average power and infinite energy.

x(t) is a power signal if it satisfies following condition:

8. Single Channel and Multichannel Signals: Multichannel signals are generated by multiple sources or multiple sensors. The resultant signal is the vector sum of signals from all channels. It is expressed as:

A common example of multichannel signal is ECG waveform.

For example, to locate a pixel on the TV screen, two coordinates X and Y are required and this pixel is a function of time too. This it is a multidimensional signal and can be expressed mathematically as P(x, y, t).