A second order filter can be obtained by coupling two active filters having a – 20 db/decade roll off to produce a roll off of – 40 db/decade, but this would not be economical because it requires two opamps. 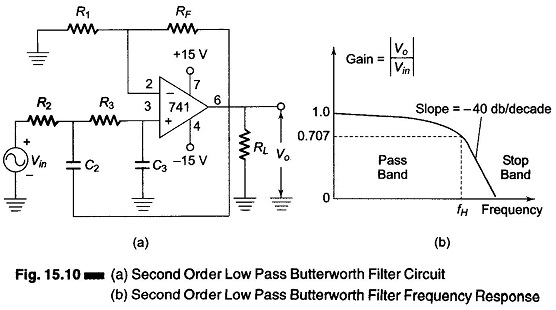 A second order filter can be obtained by the use of a single opamp first order low pass filter by simply using an additional RC network, as shown in Fig. 15.10.

The gain of the second order filter is set by R1 and RF, while the high cutoff frequency fH is determined by R2, C2, R3 and C3 as given below.

The normalized Butterworth polynomials are given in Table 15.1.

where s = jω and coefficient of s = 2 k, where k is the damping factor. 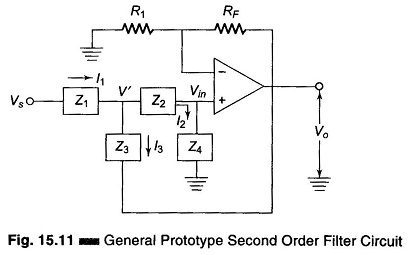 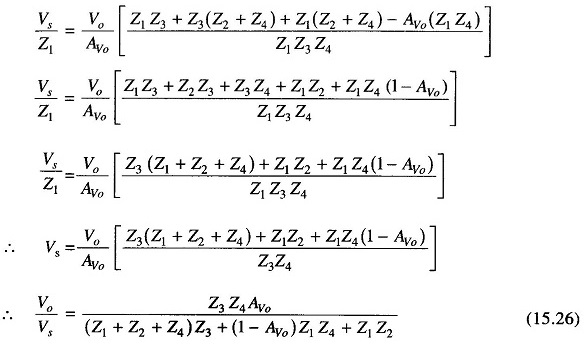 But this is equal to the transfer function(s).

(This is the general equation.)