The prototype T and π low pass filter sections are as shown in the Fig. 9.3.

As both T and π sections have same cut-off frequency, it is sufficient to calculate fc for the ‘T’ section only.

The reactance curves are as shown in the Fig. 9.4. 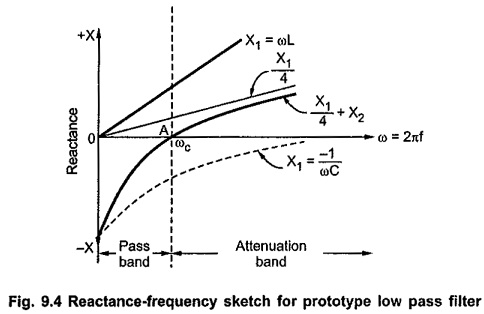 From above characteristic it is clear that all the reactance curves have positive slope as all curves slope upward to the right side with increasing ω.

The algebraic approach to calculate cut-off frequency is as follows.

Above frequency comes out to be the same as calculated by reactance sketch method.

Variation of Z0T and Z0π with Frequency:

From equation (2), we can write

Similarly we can write,

In stop band, as frequency f increases above fc, attenuation also increases. The variation of α with frequency is as shown in the Fig. 9.6. 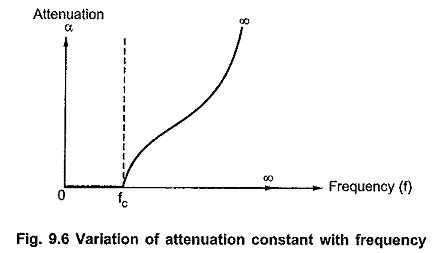 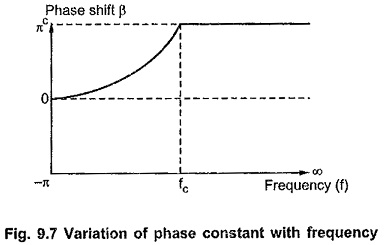 The design impedance R0 and cut-off frequency fc can be given in terms of L and C as follows.

Dividing equation for R0 by fc, we get,

Multiplying equation for R0 and fc we get,