The RL impedance function is dual of RC admittance function. There are no complex poles in RL network functions and poles and zeros are located in left half of s-plane. 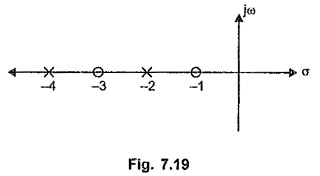 Referring to the pole zero plot of ZRL(s) function considered above, the various properties of RL, driving point impedance functions can be stated as,

It can be easily verified from a simple RL network that the slope of the graph Z(σ) against σ is always positive.

The graph of Z(σ) against σ for the RL network function without a zero at the origin is shown in the Fig. 7.20. 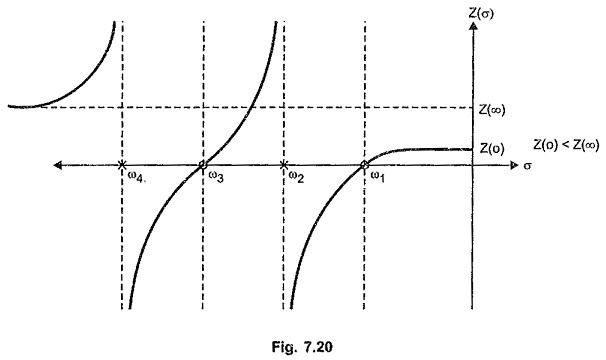 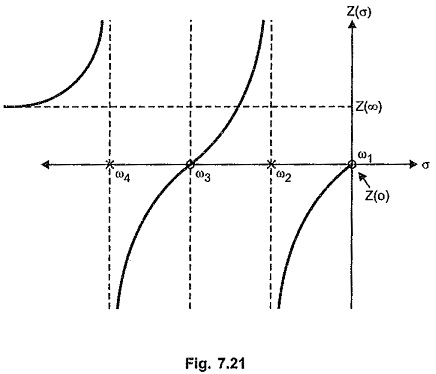 The nature of Z(σ) against σ graph for the RL network function when there is a zero at the origin is shown in the Fig. 7.21.

The realization of ZRL(s) function can be obtained using Foster I, Foster II, Cauer I and Cauer II forms. The number of elements are not equal to highest power of s in the overall Z(s) for RL networks.