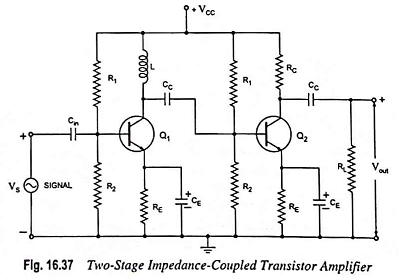 The operation of the circuit is the same as that of the R-C coupled circuit as we discussed already.

The ac equivalent circuit at mid frequency of the cascaded amplifier given in Fig. 16.38. Because of mid frequency range, all the capacitances have been considered as short circuit.