A Band Pass Filter Circuit is defined as a wide band pass if its figure of merit or quality factor Q < 10. While there is no firm dividing line between the two, if Q > 10, the filter is a narrow Band Pass Filter Circuit Diagram. Hence Q is a measure of selectiv­ity meaning the higher the value of Q, the more selective is the filter, or the narrower is the band width. The relationship between Q, 3 db band width and the centre frequency fc is given by

For the wide Band Pass Filter Circuit, the centre frequency can be defined as 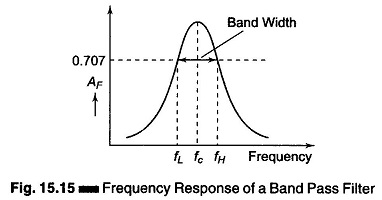 The ratio of resonant frequency to band width is known as the quality factor Q.

Band pass can be realized by a number of possible circuits. A wide band pass filter can be formed by simply cascading high pass and low pass section and is generally the choice for simple to design. 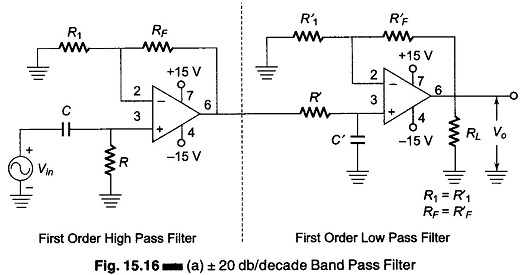 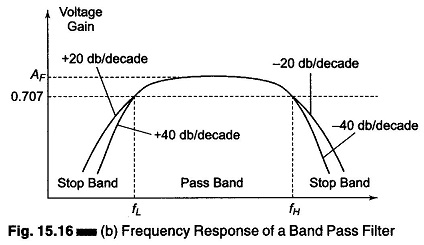 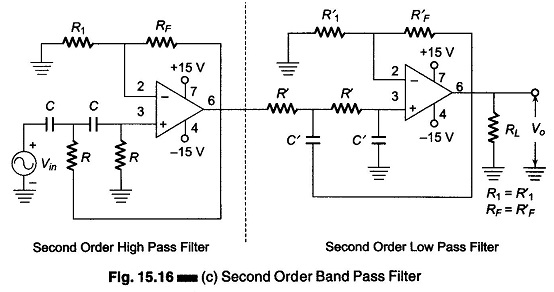 Fig. 15.16(a), shows a circuit of a ± 20 db/decade wide band pass filter, which is composed of a first order high pass and a first order low pass filter. Figure 15.16(b) shows the frequency response.

The narrow Band Pass Filter Circuit using multiple feedback is shown in Fig. 15.17(a). As shown in this circuit, the filter uses only one opamp. This filter is unique in the following respects.

Generally a narrow band pass filter is designed for specific values of centre frequency fc and Q, or fc and band width. 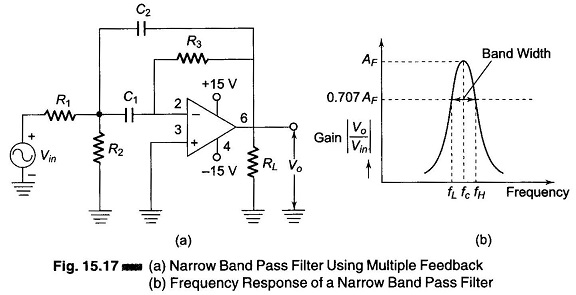 If we wish to realise a resonant Band Pass Filter Circuit having the narrow band char­acteristic of a tuned circuit, we have to use a multiple feedback network in conjunction with an opamp as shown in Fig. 15.17 (a).

The transfer function of a tuned circuit is given by 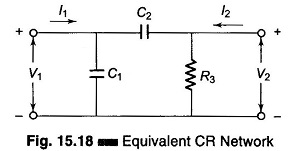 Referring to figure, the z-parameters or impedance parameters are

The equivalent circuit for a narrow Band Pass Filter Circuit is shown in Fig.15.19.

Referring to the figure,

Also due to virtual ground

The current flowing through R2 is given by

Simplifying it we have

We now calculate the values of Z11 and Z21. Referring to the figure for a CR network we have

But the gain AVo at fc is given by

Another condition that the gain must satisfy is