We can obtain m Derived Band Pass Filter if the prototype band pass filter is simplified according to the network in the Fig. 9.35 which has been used to obtain m-derived low pass and high pass sections. 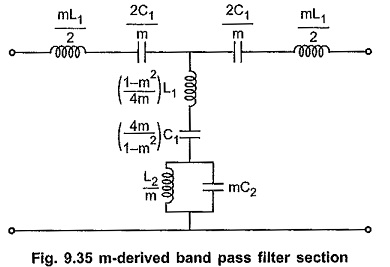 The T section in each case will have a shunt impedance, Z2/m + (1-m2/4m) Z1 where Z1 and Z2 are the impedances of the prototype sections. We can get m-derived band pass section if we substitute values of Z1 and Z2 of prototype band pass filter section in equation,

The m Derived Band Pass Filter section is as shown in the Fig. 9.35.

Also we can write

The variations of characteristic impedance (Z0), attenuation constant (α) and phase shift (β) with frequency are as shown in the Fig. 9.36 (a), (b) and (c). 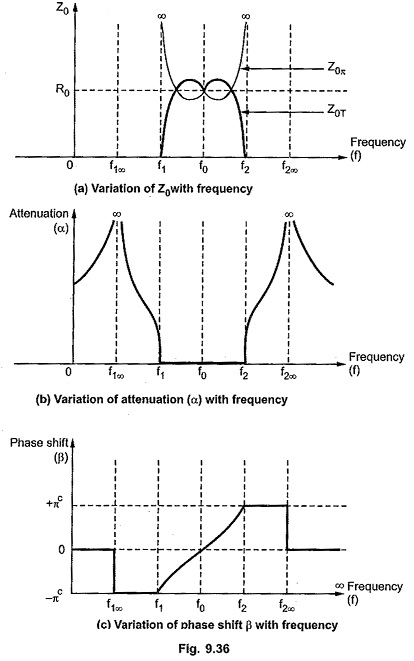