Electric network may provide a single closed path (known as a mesh or loop) or several closed paths for the flow of current. An elementary single mesh network, in which all the elements carry the same current, is shown in Fig. 2.1. An elementary multi mesh network is shown in Fig. 2.3. It has 6 nodes, seven branches, three loops and two meshes. A junction (or node) is a point in a network where two or more branches meet. 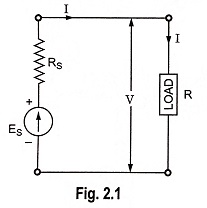 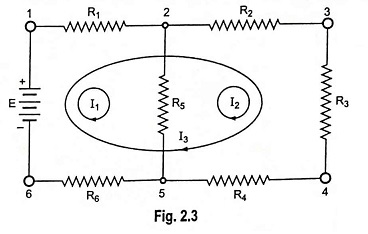 A branch is any section of a network which joins two nodes directly, that is, without passing through a third node.

A loop is a closed path in a network formed by a number of connected branches. Mesh is a loop that contains no other loop within it.