while defining the transfer function, Laplace transform has been used be­cause it transforms all the differential equations to simple algebraic equations. Fig. 6.5 depicts a block diagram of a dc motor in a drive system. The mo­tor has armature voltage as input variable and speed as output variable. The transfer function is written in the block. 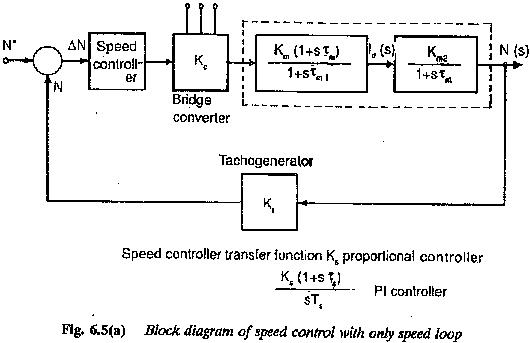 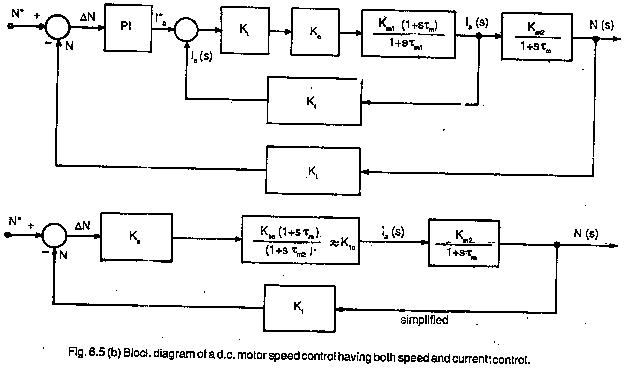 A simple example is given in the following to show the simplicity afforded by the transfer functions.

Two RC circuits are connected in cascade, as shown in Fig. 6.6. 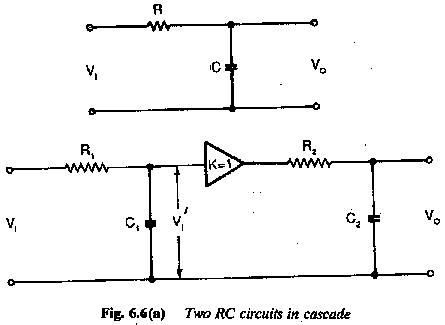 The input is a step voltage

The amplifier is used to function as dc coupling between them. Determine the time variation of u2. We know 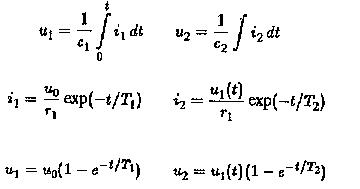 The ratio u2/uo is obtained by evaluating the convolution integral

If one more RC circuit is added in cascade to the given circuit–the evaluation of u2/u0 is very difficult.

Using these equations, we have

can be very easily evaluated