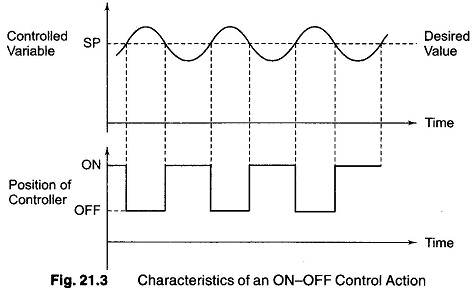 Due to mechanical friction or arcing of electrical contacts, the controller actually goes on slightly below the set point and goes off slightly above the set point. This differential gap in the controller output may be deliberately increased to give decreased frequency of operation and reduced wear.

Dead time causes the value of the measured variable to go beyond the limit set by the differential gap, since the presence of dead time means a delay in corrective action of the controller. The greater the dead time, the greater the amplitude and period as shown in Fig. 21.4.

Transfer lag effect differs from the dead time effect, in that there is no delay in response, but rather, a slowing down of the response. Figure 21.5 shows the effect of transfer lag on a two position controller. 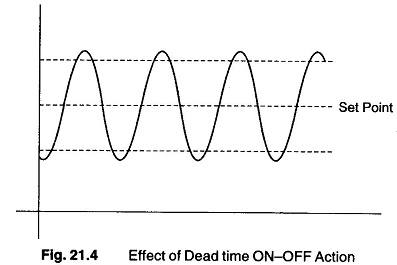 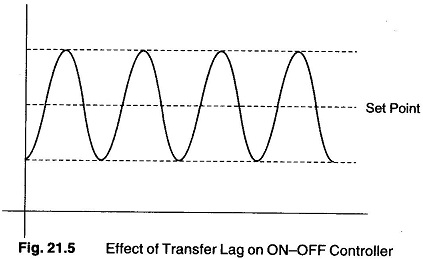 The favourable conditions for using On Off Controller are as follows:

However, in the On Off Controller, the process is never at the set point except momentarily on its way up and down. On Off Controller is however most suitable in practice due to its simplicity and low cost.