The variable load problem has introduced the following terms and factors in power plant engineering:

1.Connected load : It is the sum of continuous ratings of all the equipment’s connected to supply system.

2.Maximum demand : It is the greatest demand of load on the power station during a given period. 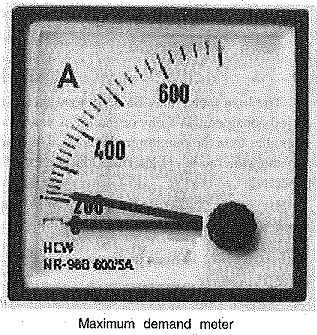 3.Demand factor : It is the ratio of maximum demand on the power station to its connected load i.e., 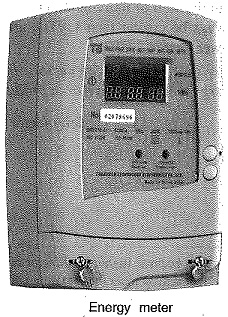 4.Average Load :  The average of loads occurring on the power station in a given period (day or month or year) is known as average load or average demand.

5.Load factor : The ratio of average load to the maximum demand during a given period is known as load factor e.,

If the plant is in operation for T hours,

7.Plant capacity factor : It is the ratio of actual energy produced to the Maximum possible energy that could have been produced during a given period i.e.,

Thus if the considered period is one year,

8.Plant use factor : It is ratio of kWh generated to the product of plant capacity and the number of hours for which the plant was in operation i.e.

Suppose a plant having installed capacity of 20 MW produces annual output of 7.35 x 106 kWh and remains in operation for 2190 hours in a year. Then,

It is often required to find the kWh generated per annum from maximum demand and load factor. The procedure is as follows :

When the load elements of a load curve are arranged in the order of descending magnitudes, the curve thus obtained is called a load duration curve. 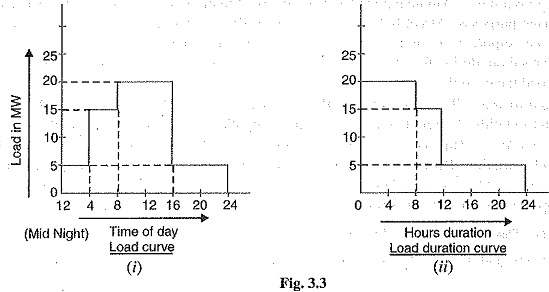 The following points may be noted about load duration curve :