The load on a power station varies from time to time due to uncertain demands of the consumers and is known as Variable Load on Power Station.

A power station is designed to meet the load requirements of the consumers. An ideal load on the station, from stand point of equipment needed and operating routine, would be one of constant magnitude and steady duration. However, such a steady load on the station is never realised in actual practice. The consumers require their small or large block of power in accordance with the demands of their activities. Thus the load demand of one consumer at any time may be different from that of the other consumer. The result is that load on the power station varies from time to time.

Need of additional equipment. The variable load on a power station necessitates to have additional equipment. By way of illustration, consider a steam power station. a coal and water are the raw materials for this plant. In order to produce variable power, the supply of these materials will be required to be varied correspondingly. For instance, if the power demand on the plant increases, it must be followed by the increased flow of coal, air and water to the boiler in order to meet the increased demand. Therefore, additional equipment has to be installed to accomplish this job. As a Matter of fact, in a modern power plant, there is much equipment devoted entirely to adjust the rates of supply of raw materials in accordance with the power demand made on the plant. 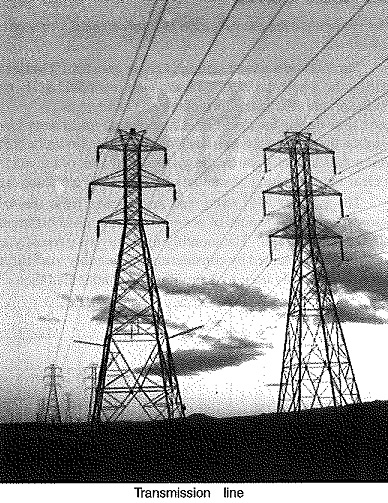 Increase in production cost. The variable load on the plant increases the cost of the production of electrical energy. An alternator operates at maximum efficiency near its rated If a single alternator is used, it will have poor efficiency during periods of light loads on the plant. Therefore, in actual practice, a number of alternators of different capacities are installed so that most of the alternators can be operated at nearly full load capacity. However, the use of a number of generating units increases the initial cost per kW of the plant capacity as well as floor area required. This leads to the increase in production cost of energy.