Load frequency control with integral controller achieves zero steady state frequency error and a fast dynamic response, but it exercises no control over the relative loadings of various generating stations (i.e. economic dispatch) of the control area. For example, if a sudden small increase in load (say, 1%) occurs in the control area, the load frequency control changes the speed changer settings of the governors of all generating units of the area so that, together, these units match the load and the frequency returns to the scheduled value (this action takes place in a few seconds).

However, in the process of this change the loadings of various generating units change in a manner independent of economic loading considerations. In fact, some units in the process may even get overloaded. Some control over loading of individual units can be exercised by adjusting the gain factors (Ki) included in the signal representing integral of the area control error as fed to individual units. However, this is not satisfactory. 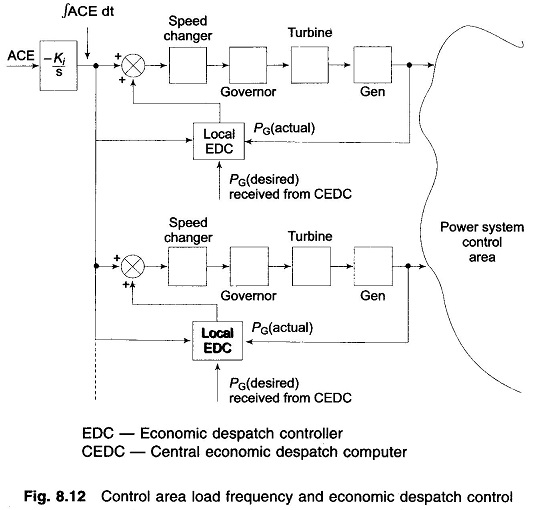