Current Magnification in Parallel Resonance occurs when the voltage applied to the parallel circuit, V=IR

The effect of variation of frequency on the reactance of the parallel circuit is shown in Fig. 8.18. 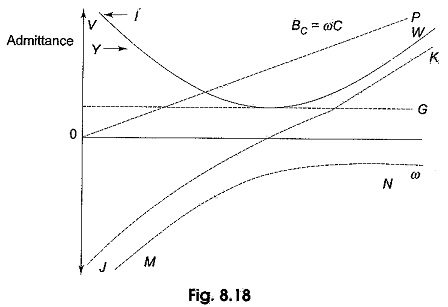 The effect of inductive susceptance,

The variation of the admittance Y and the current I is represented by curve VW. The current will be minimum at resonant frequency.