Series Parallel Control of DC Motor – Here two identical motors are coupled together mechanically to a common load. Two speeds at constant torque are possible in this method one by connecting the motors armatures in series and the other by connecting them in parallel as shown in Fig. 7.60. When connected in series, the terminal voltage across each motor is V/2 whereas when they are connected in parallel it is V. Thus armature control of speed is achieved. 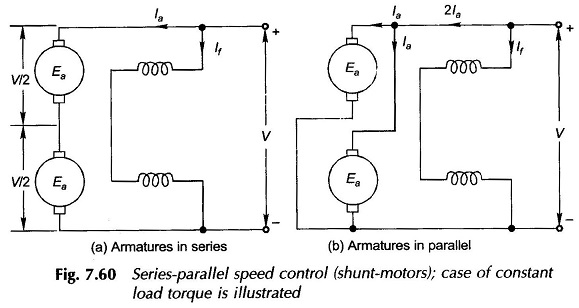 Figure 7.61 (a) and (b) gives the connections for series-parallel speed control of two identical series motors. 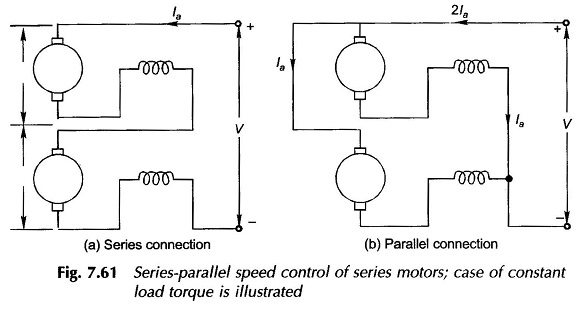 This method is superior to the rheostatic control insofar as efficiency is concerned. It is, however, limited to two speed steps. The method is commonly employed for speed control of series traction motors.