A multimeter is basically a PMMC meter. To measure dc current the meter acts as an ammeter with a low series resistance. Range changing is accomplished by shunts in such a way that the current passing through the meter does not exceed the maximum rated value. A Working Principle of Multimeter consists of an ammeter, voltmeter and ohmmeter combined, with a function switch to connect the appropriate circuit to the D’Arsonval movement. 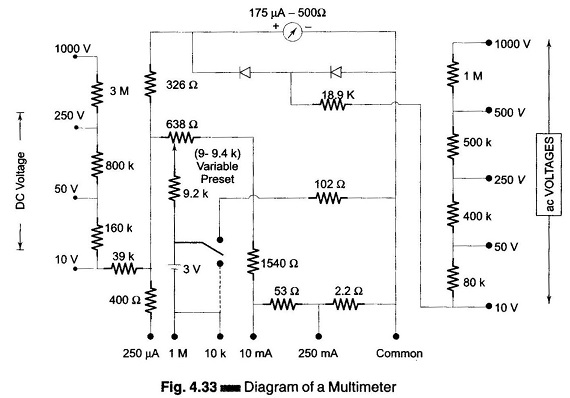 Figure 4.34 shows a circuit of a multimeter used as a microammeter. 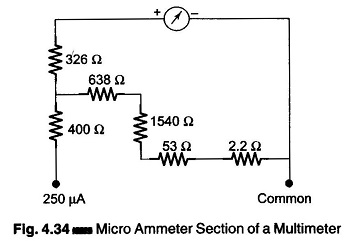 Figure 4.35 shows a working principle of multimeter used as a dc ammeter. Figure 4.36 shows the dc voltmeter section of a multimeter. 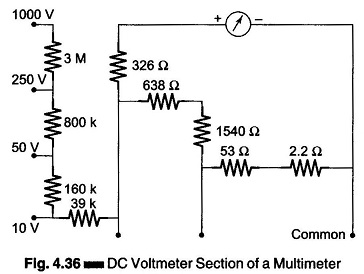 Figure 4.37 shows the ac voltmeter section of a working principle of multimeter. To measure ac voltage, the output ac voltage is rectified by a half wave rectifier before the current passes through the meter. Across the meter, the other diode serves as protection. The diode conducts when a reverse voltage appears across the diodes, so that current bypasses the meter in the reverse direction. 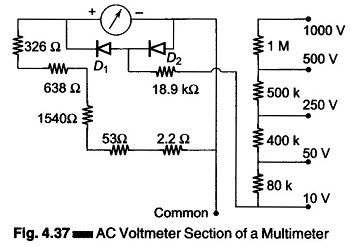 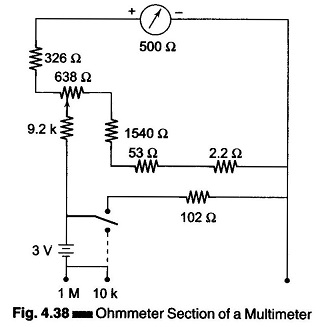 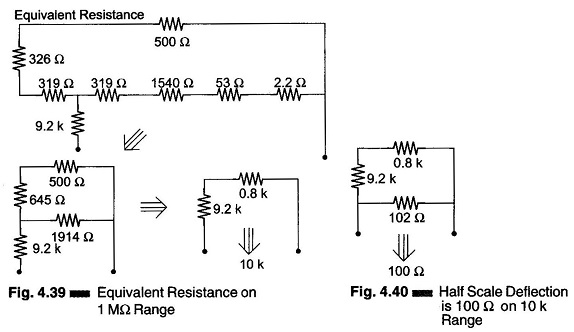 By increasing the battery voltage and using a suitable shunt, the maximum values which the ohmmeter reads can be changed.

The combination volt-ohm-milliammeter is a basic tool in any electronic laboratory. The proper use of this instrument increases its accuracy and life. The following precautions should be observed.