Fig. 3.71 shows four byte Programmable Read Only Memory (PROM). It has diodes in every bit position; therefore, the output is initially all 0s. Each diode, however has a fusible link in series with it. 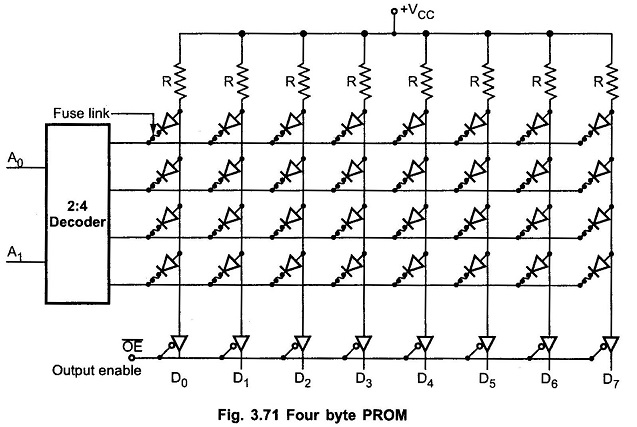 By addressing bit and applying proper current pulse at the corresponding output, we can blow out the fuse, storing logic 1 at that bit position. The fuse uses material like nichrome and polycrystalline. For blowing the fuse it is necessary to pass around 20 to 50 mA of current for period 5 to 20 μs.