It is a read only memory. We can’t write data in this ROM Memory. It is non-volatile memory i.e. it can hold data even if power is turned off. Generally, Read Only Memory is used to store the binary codes for the sequence of instructions you want the computer to carry out and data such as look up tables. This is because this type of information does not change.

It is important to note that although we give the name RAM to static and dynamic read/write memory devices, that does not mean that the ROMs that we are using are also not random access devices. In fact, most ROMs are accessed randomly with unique addresses.

There are four types of ROM : Masked ROM, PROM, EPROM and EEPROM or E2PROM. 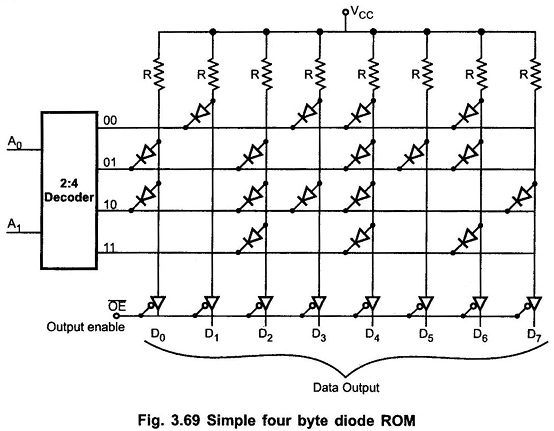 Table 3.24 shows the contents of ROM at four locations. 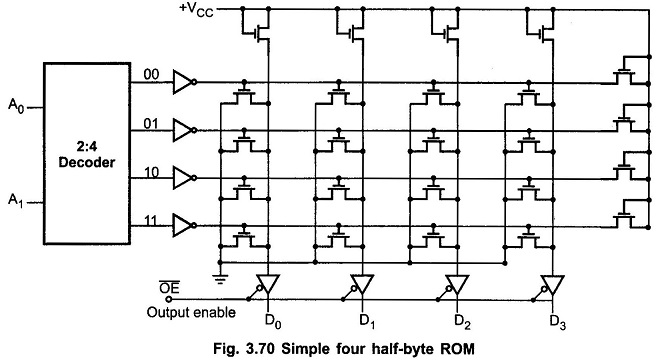 In integrated circuits, a thin metallized layer connects the gates of some transistors to the row select lines. The gate connections of MOS transistors depend on the data to be stored in the ROM Memory. Therefore, according to the user truth table, manufacturer can deposit thin layer of metal to connect gates of the transistors.

Once the pattern/mask is decided, it is possible to make thousands of such ROMs. Such ROMs are called Mask-programmed ROMs. Masked ROMs are used in microprocessor based toys ,TV games, home computers and other such high volume consumer products.