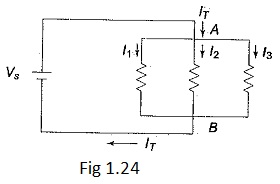 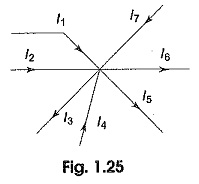 This means that the algebraic sum of all the currents meeting at a junction is equal to zero.