What is Secondary Emission?

The number of secondary electrons that are emitted from a material, either a metal or a dielectric, when subjected to electron bombardment has been found experimentally to depend upon 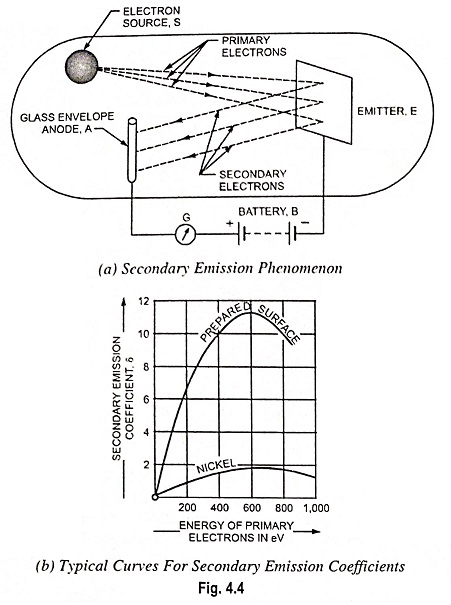 Typical curves for secondary emission coefficients are given in Fig. 4.4 (b).

Although the secondary emissions is an accidental phenomenon and often considered undesirable in certain electron devices, it is used to advantage in many electron devices e.g., cathode-ray tubes, electron multiplier tubes, dynatron oscillators, storage tubes in radar and electronic computers etc.