The following points favour the application of a slip ring motor having static slip energy recovery scheme in the Subsynchronous Converter Cascade circuit, to drive a centrifugal pump (Fig. 7.10). 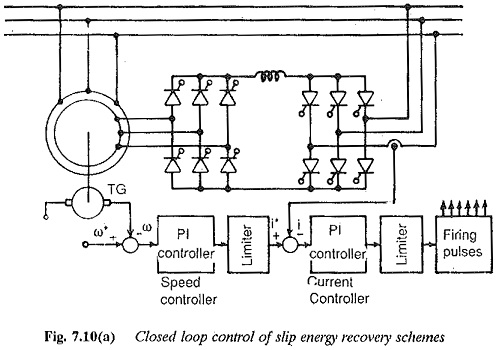 2.A very smooth stepless control is possible, to avoid surges in the hydraulic system due to switching the pump sets on and off 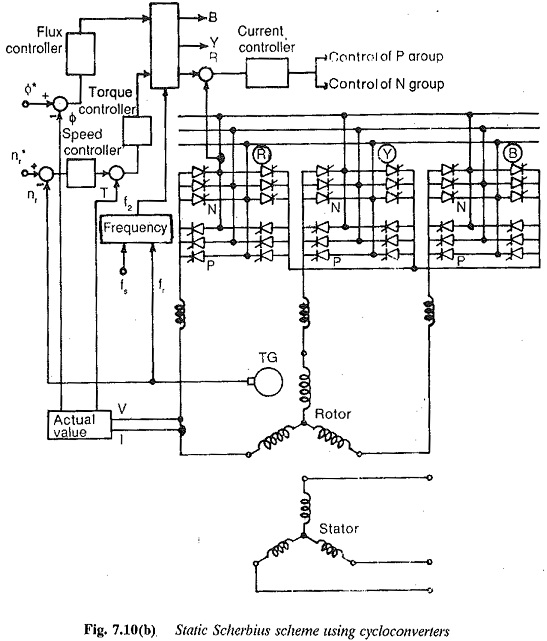 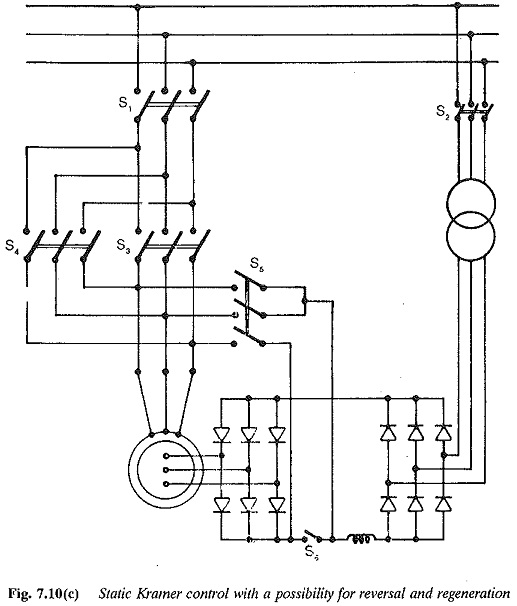 4.Starting: Smooth starting of the motor is possible. The torque can be regulated by means of link current of cascade. The starting current peaks are not there.

5.Operating safety and flexibility: The system has increased operating safety and provides flexible availability of the installation. In case of cascade con­verter failure and in any other emergency condition, it is possible to run the motor having speed control by means of varying the rotor resistance employed for starting. However the rotor resistance must have been designed to serve both the jobs. This possibility is not there with other systems. There is another flexibility of operation in using a Wound Rotor Induction Motor with Subsynchronous Converter. A given unit can be used with several induction motors and hence fewer con­verter cascades than pumps may be used. This is feasible if all pumps do not require speed control at the same time. Only that pump which requires speed control is used with the cascade and the pump which does not require speed control is used with normal induction motor. The pump to be regulated can be chosen at will and consequently the installation has a very highly flexible control. 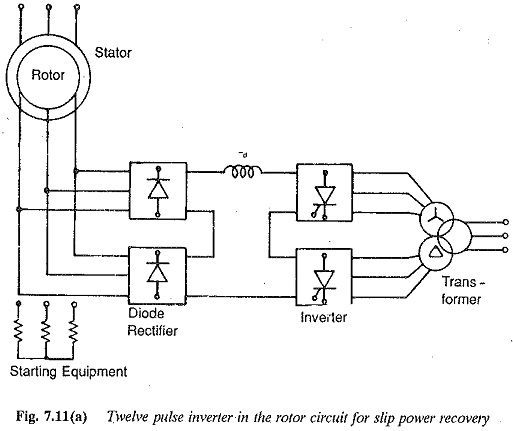 7.To improve the performance, the following modifications are made in the development of the converter. A 12 pulse converter (Fig. 7.11) may be used to decrease the amplitude of pulsating torques and harmonic losses in the motor. The 12 pulse inverter presents only higher order harmonics and the line voltage distortion will be small. The pulsating torques are affected by the number of pulses of the rectifier. The 12 pulse arrangement of the inverter decreases the torque pulsation by decreasing the stator current and voltage distortion. 12 pulse inverters are required if the short circuit rat­ing of the mains is lower than that of the motor. It is also required if the line is such that the harmonics of the inverter are capable of causing distor­tion 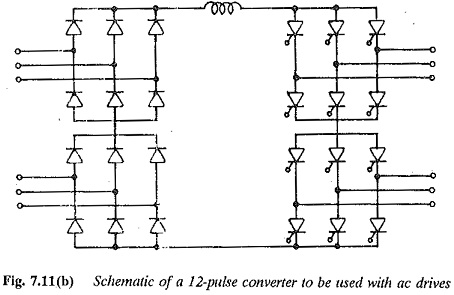 Converter fed synchronous motor satisfies all the above discussed criteria and has application to driving centrifugal pumps. Compared to the slip ring rotor with converter cascade this has advantages of: