Reheat Cycle: If the dryness fraction of steam leaving the turbine is less than 0.88, then corrosion and erosion of turbine blades occur. To avoid this situation, reheat is used. 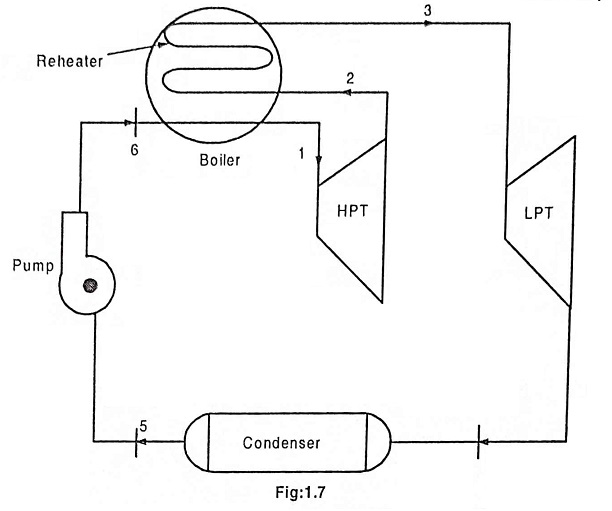 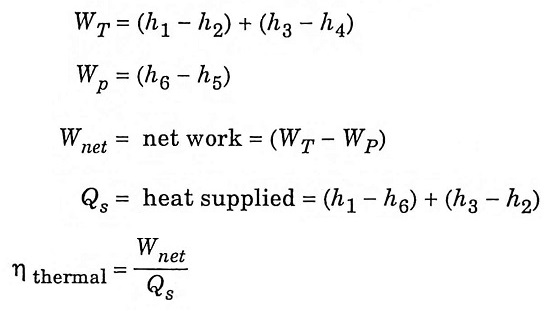 The ordinary Rankine cycle efficiency can be increased by increasing the pressure and temperature of the steam entering into the turbine. When the initial pressure increases, the expansion ratio in the turbine also increases, and the steam becomes quite wet at the end of expansion. This is not desirable because the increased moisture content of the steam causes corrosion in the turbine blades and so increase the losses. Due to this, the nozzle and blade η is decreased.

In reheat cycle in steam power plant, the steam is taken out from the turbine and it is heated by the flue gases in the boiler.

The main purpose of reheating is to increase the dryness fraction of steam passing through the lower stages of the turbine. The dryness fraction of steam coming out from the turbine should not fall below 0.88. By using the reheat cycle in steam power plant, the specific steam consumption decreases and ηthermal also increases. The increase in ηthermal due to reheat depends upon the ratio of reheat pressure to original pressure of steam. The reheat pressure is generally kept within 20% of the initial pressure of steam:

At low pressure, the η of the cycle is reduced.

Advantages (or) effects of Re-heating:

The steam taken from the high pressure turbine (HP) turbine is sent back to the reheater to reheat the steam to its initial throttle temperature. 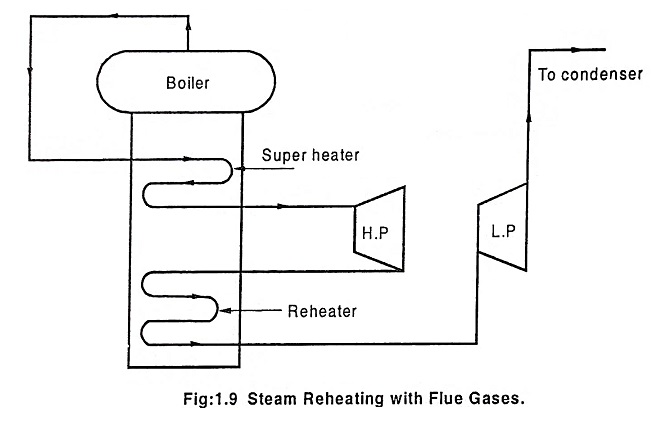 To make the steam to be reheated to its initial throttle temperature in this gas reheating system, the following disadvantages are faced.

The live steam reheating circuit is shown in Fig.1.10. The high pressure steam from the superheater is used for reheating the steam coming out from the HP turbine in a specially designed reheater. 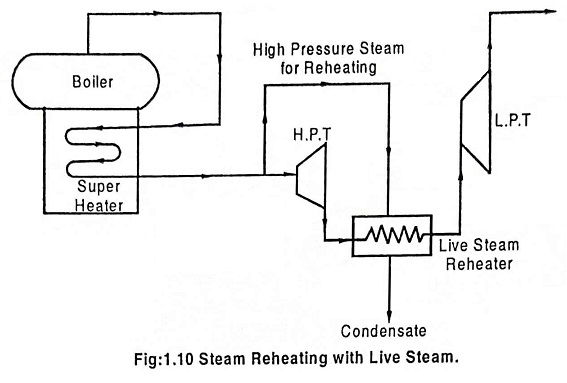 The advantages of live-steam reheating over gas heating are given here. 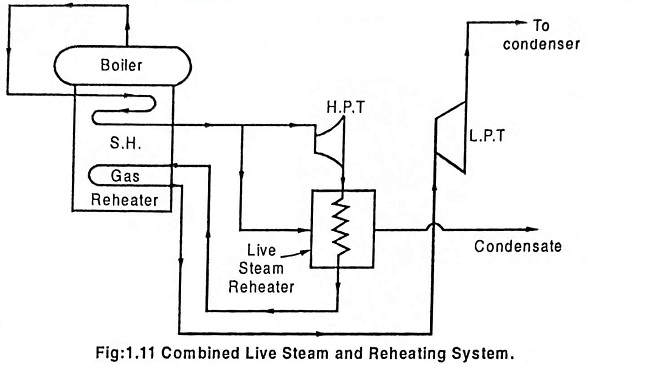