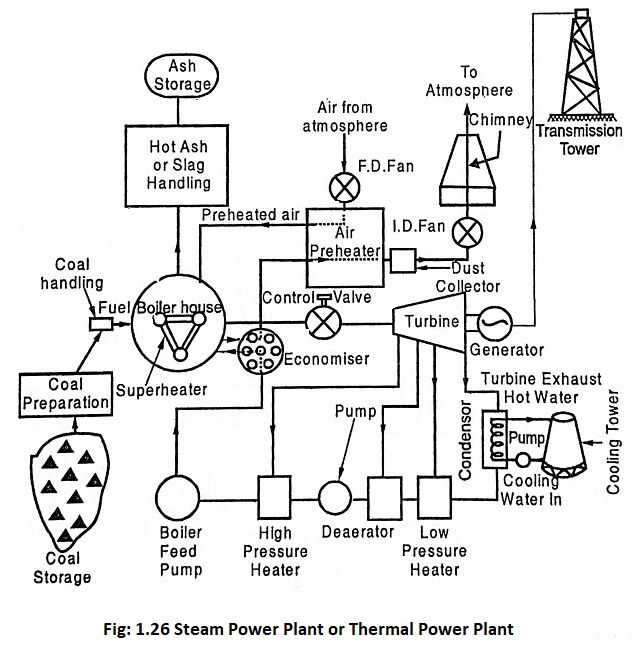 The Coal Power Plant or Steam Power Plant has four major circuits by which the layout can be studied in detail. These are

This circuit consists of coal delivery, preparation of coal, handling of coal to the boiler furnace, ash handling and ash storage.

The coal which is received from the mines are stored in coal storage. This raw coal is sized by crushers and then this prepared coal is transferred to the boilers.

In the boiler, the coal is burnt and converted into ash. This ash is usually quenched to reduce the temperature, corrosion and dust content. Then it is stored at ash storage. 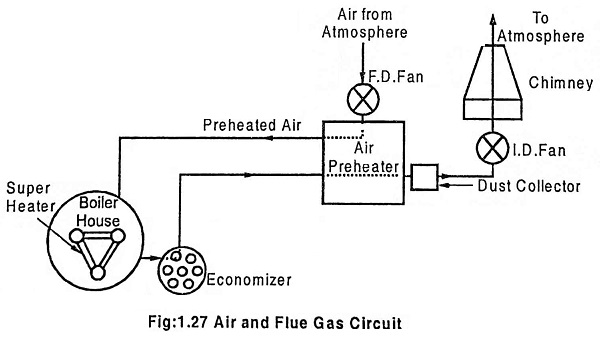 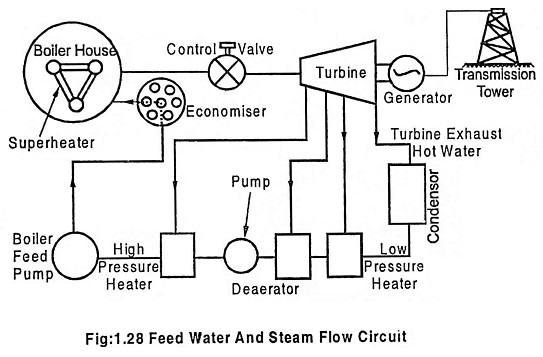 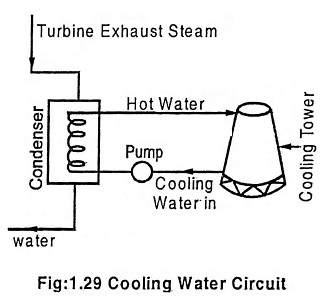 This circuit consists of a pump, condenser and cooling tower. In the condenser, cold water is circulated to condense the steam in to water. The steam is condensed by loosing its latent heat to the circulating cold water. By this, the circulating water is heated. This hot water is cooled at the cooling tower, where the water is sprayed in the form of droplet through nozzles. The cold air enters the cooling tower from the bottom which cools the sprayed hot water. The cooled water is collected in the cooling pond and the same is re circulated again and again. To compensate the water lost due to vapourisation, the make up water is added to the pond by means of a pump.