The lattice network is one of the common four terminal networks. These networks are generally used in filter sections and also used as symmetrical attenuators. 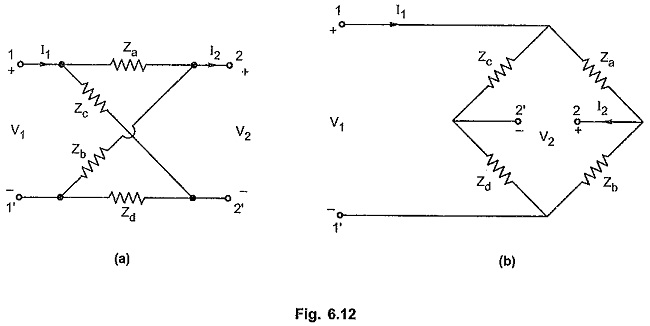 Voltage V1 can be expressed interms of current I1 as follows,

The voltage at port 2, V2, can be expressed in terms of current I2 as follows.

Putting value of V1 from equation (i), we get

Putting value of V2 from equation (v) in above equation, we get,

But for symmetrical networks, 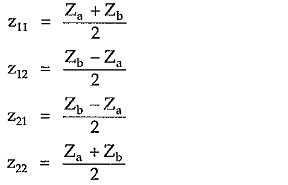 Hence we can express series arm and diagonal arm impedances in terms of z-parameters of the network as follows, 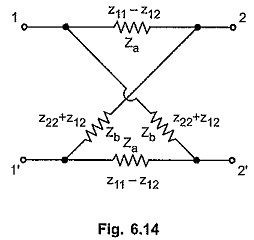