Stability Criterion – Passive networks are said to be stable only when all the poles lie in the left half of the s-plane. Active networks (containing controlled sources) are not always stable. Consider transformed active network shown in Fig. 14.13.

By applying Millman Theorem, we get 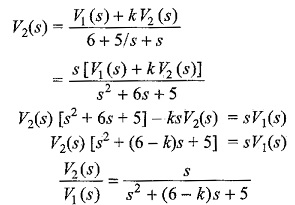 From the above transformed equation, the poles are dependent upon the value of k.

The roots of the equation are 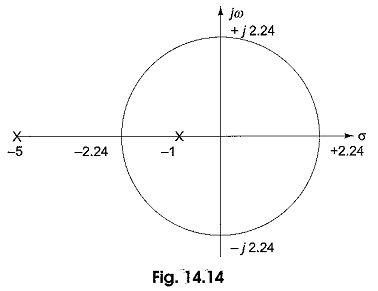