The unit of inductance is henry, denoted by H. By Inductance Formula, the inductance is one henry when current through the coil, changing at the rate of one ampere per second, induces one volt across the coil.

The inductance symbol is shown in Fig. 1.4.

The current voltage relation is given by ,

we can rewrite the above equations as

Integrating both sides, we get 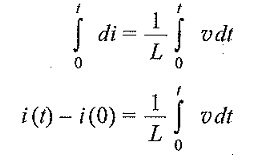 From the above equation we note that the current in an inductor is dependent upon the integral of the voltage across its terminals and the initial current in the coil, i(0).

The power absorbed by inductor is

The energy stored by the inductor is 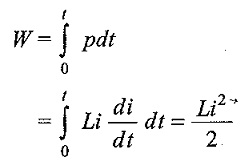 From the above discussion, we can conclude the following.