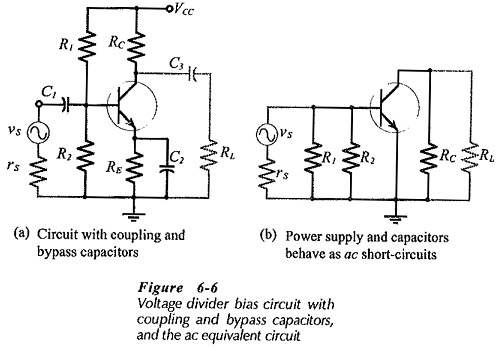 Once the ac equivalent circuit is drawn, the circuit ac performance can be investigated by drawing an AC Load Line of BJT, and by substituting a transistor model in place of the device. 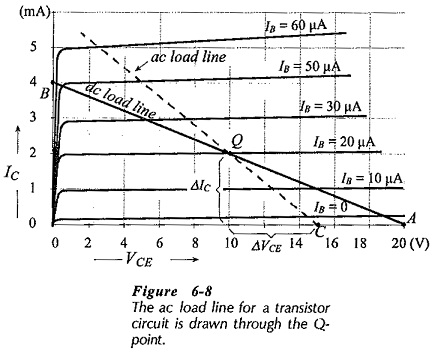 When there is no input signal, the transistor voltage and current conditions are exactly indicated by the Q-point on the dc load line. An ac signal causes the transistor voltage and current levels to vary above and below the Q-point. Therefore, the Q-point is common to both the ac and dc load lines. Starting from the Q-point, another point is found on the AC Load Line of BJT by taking a convenient collector current change (usually ΔIC = ICQ) and calculating the corresponding collector-emitter voltage change (ΔVCE) as shown in Fig. 6-8.