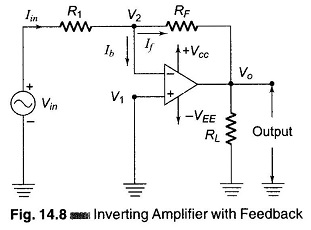 Referring to the circuit, since Ib is negligible Iin ≡ If

Therefore, closed loop voltage gain for an inverting amplifier is,