Dynamical Equations of Electromechanical Systems – Figure 4.19 shows an electromagnetic relay whose armature is loaded with spring K, damper B, mass M and a force generator F. 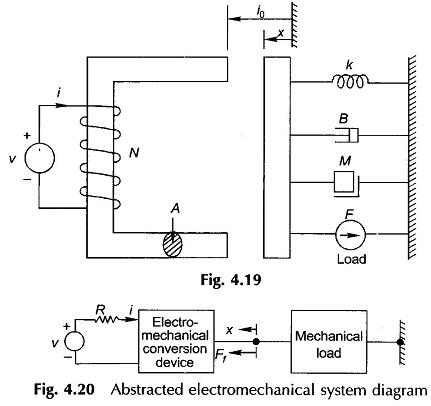 Let the electromechanical device has an inductance

The governing electrical equation is 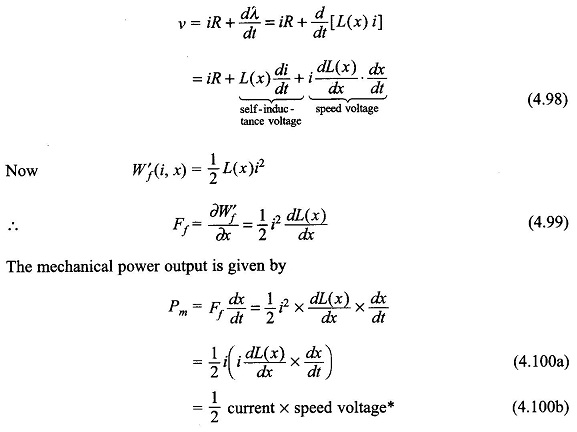 The governing differential equation of the mechanical system is

Now for the specific system of Fig. 4.18, when the armature is in position x, the self-inductance L is found below: 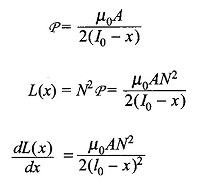 Substituting in Eqs. (4.98) and (4.99), the two differential equations defining the system’s dynamic behaviour are obtained as:

These are nonlinear differential equations which can be solved numerically on the digital computer. However, for small movement around the equilibrium point the following procedure can be adopted.

Let the equilibrium point be (V0,I0,X0,f0). At equilibrium the system is stationary and all derivatives are zero. Thus from Eqs (4.102) and (4.103), the following relationships between equilibrium values are obtained.

Let the departure (small) from the equilibrium values be

Equations (4.106) and(4.107) are linear differential equations governing the system behavior for small incremental values around the equilibrium values (called the Operating Point). These can be easily solved analytically for dynamic or steady-state conditions.