Demultiplexing of Address and Data Bus in 8086 and 8088 Microprocessors:

Demultiplexing of Address and Data Bus in 8086 and 8088 Microprocessors which consists of three buses: address, data and control buses. The address/data buses are operated in time-multiplexed mode. The address bus is required to locate memory and I/O devices for data transfer through memory and I/O read or write cycles. The data bus is used to transfer data from microproces­sor to memory/I/O devices or vice versa. The control bus provides control signals to memory/I/O devices for data-transfer operations.

Demultiplexing of System Bus in 8086 processor 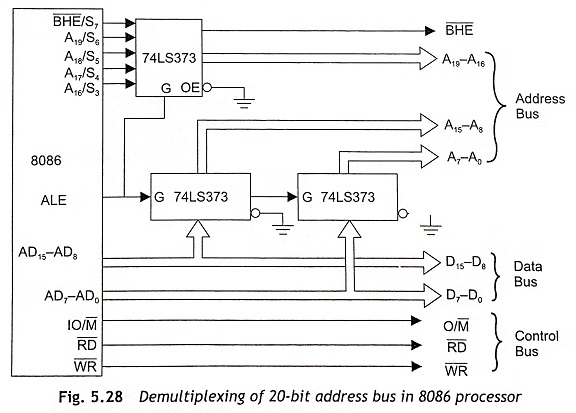 The 8086 microprocessor has 16-bit time-multiplexed data bus which is available as Address/Data bus, AD15-AD0.The data bus is always separated from the address bus by using 74245 buffers as depicted in Fig. 5.29. The data bus is bi-directional and data can he transferred from microprocessor to memory and memory to microprocessor for memory write and read operations respectively. The control signals D̅E̅N̅ and DT/R̅ represent the presence of data on the data bus and directional flow of data. These signals are used to connect the chip enable CE and directional pins of 74245 buffers. While D̅E̅N̅ is low, the data is available on the multiplexed bus. 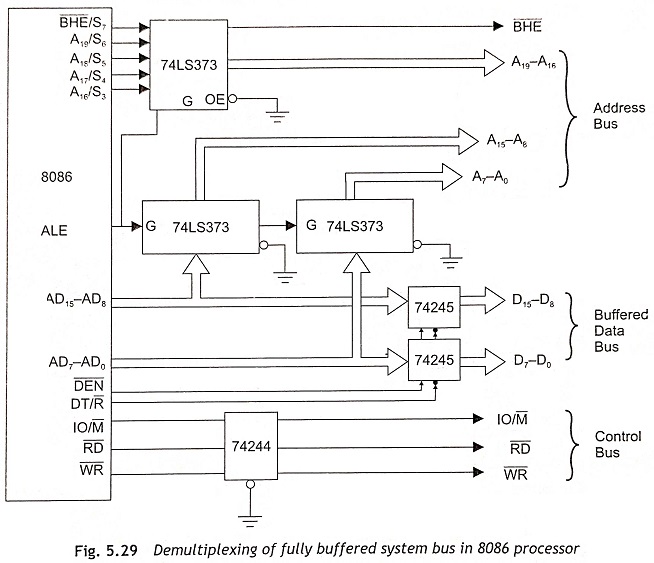 Demultiplexing Of System Bus in 8088 processor 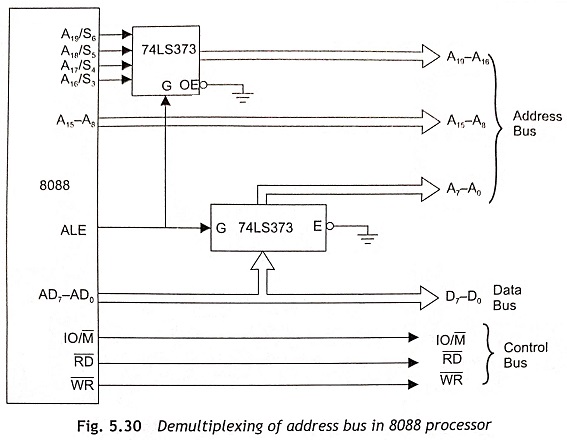 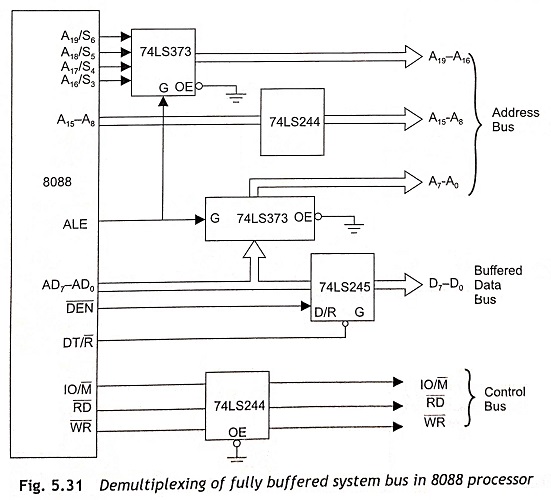