Tetrode means four, hence tetrode is a four electrode tube consisting of a cathode, a control grid, a screen grid, and a plate. The constructional features of a typical Vacuum Tetrode are shown schematically in Fig. 5.20 along with the symbolic diagram. The only constructional difference between a tetrode and a triode is the presence of an additional grid known as screen grid. The screen grid almost completely encloses the plate and thus acts as an effective electrostatic shield between the plate and the control grid. 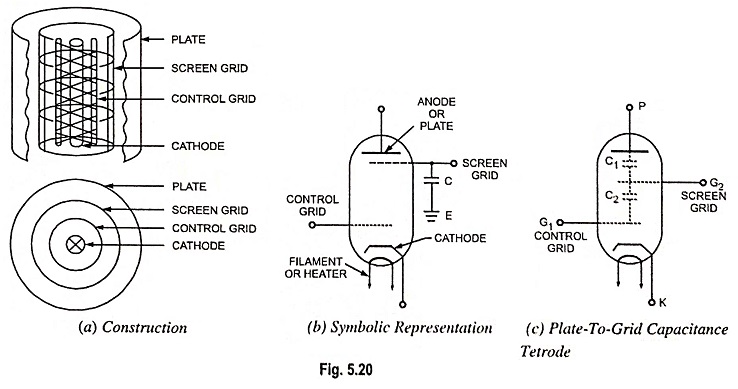 However, vacuum tetrode are seldom used because of its undesirable characteristics such as limited range over which the plate voltage can be varied, occurrence of instability and oscillations during the secondary emission region, and limited power output.