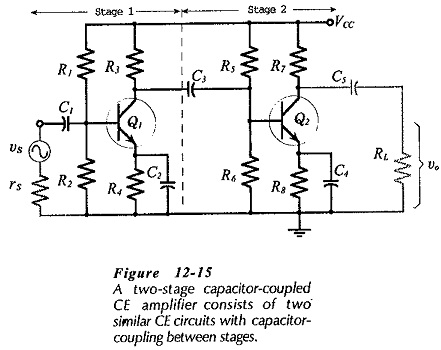 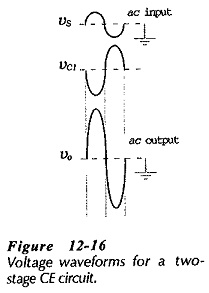 The simplest approach to design of this circuit is to make each stage identical. Then, when Stage-2 has been designed, the components for Stage-1 are selected as: R1 = R5, R2 = R6, R3 = R7, R4 = R8, C1 = C3, and C2 = C4. Note that C3 is calculated in terms of the input resistance to Stage-2, which should be identical to that for Stage-1 if the stages are otherwise identical. C5 is calculated in the usual way for an output coupling capacitor. 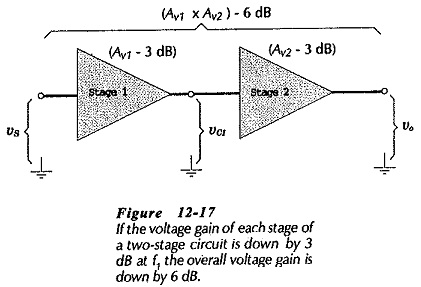 The overall voltage gain is found by multiplying the two individual stage gains:

Equations for current gain and power gain can also be derived from the single-stage equations, but these quantities are normally not important.