From (a) above obviously it is not necessary for the winding itself to be earthed for fault current to flow, only that the system connected to the winding is earthed. The delta side of a transformer is usually earthed through an earthing transformer. 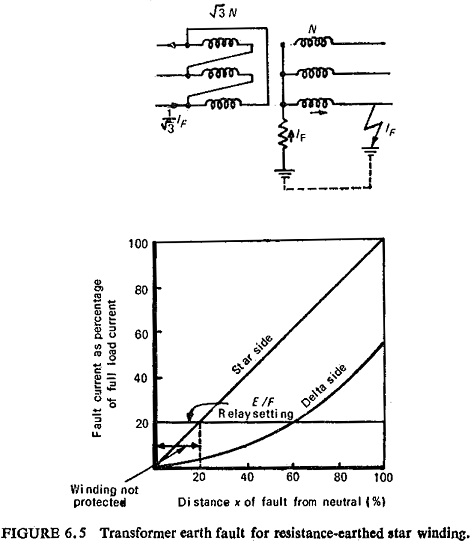 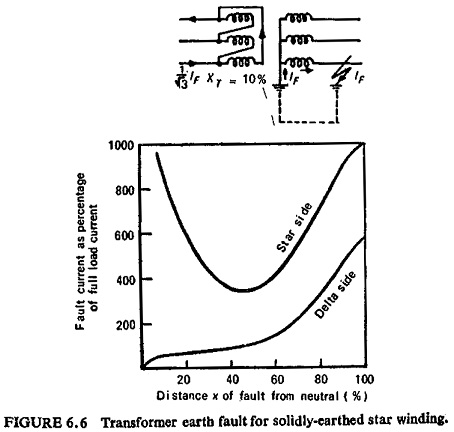 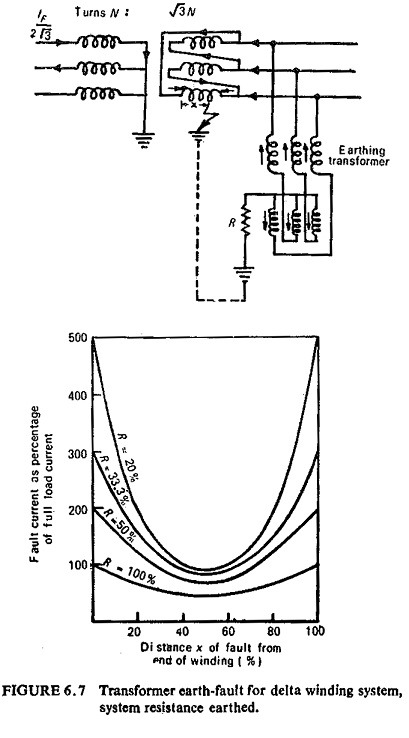 The minimum voltage on the delta winding is only half the phase-to-earth voltage and occurs on the midpoint of phase. The high leakage reactance 25 to 50% at midpoint gives fault currents with a solidly-earthed system of 100 to 200% of full load; this divides equally between two phases. If the system is resistance earthed the resistance R should be added vectorially to the high reactance in determining the minimum earth-fault current. However, if the resistor is rated to pass currents of the order of the full-load current of the transformer at rated phase-neutral voltage V the minimum current can be expressed as V/2R for all practical purposes.