3 Phase Star Connection – Figure 9.21 shows a balanced three-phase, Y-connected system. The voltage induced in each winding is called the phase voltage (Vph). Likewise VRN, VYN and VBN represent the rms values of the induced voltages in each phase. The voltage available between any pair of terminals is called the line voltage (VL). Likewise VRY, VYB and VBR are known as line voltages. The double subscript notation is purposefully used to represent voltages and currents in polyphase circuits. Thus, VRY  indicates a voltage V between points R and Y, with R being positive with respect to point Y during its positive half cycle. 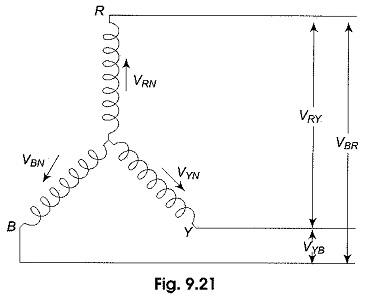 Similarly, VYB means that Y is positive with respect o point B during its positive half cycle; it also means that VRY = -VYR.

The phasors corresponding to the phase voltages constituting a three-phase system can be represented by a phasor diagram as shown in Fig. 9.22. 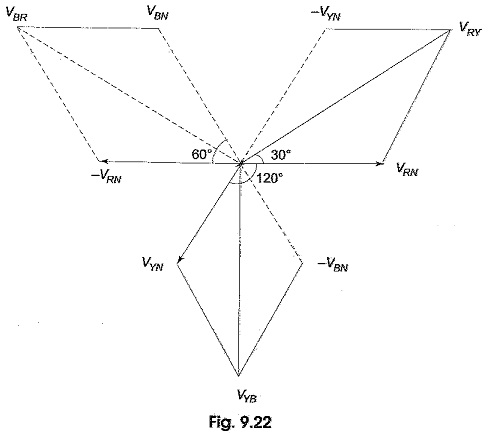 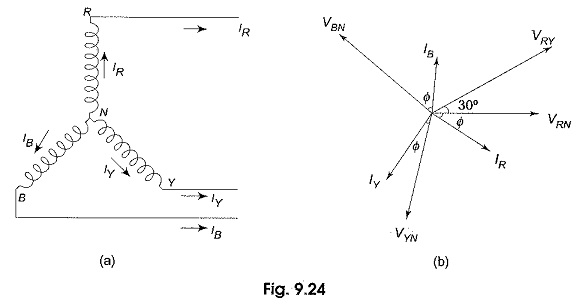 Power in the Star-Connected Network:

It is the usual practice to express the three-phase power in terms of line quantities as follows.

or √3 VLIL cos Φ is the active power in the circuit.

Total reactive power is given by 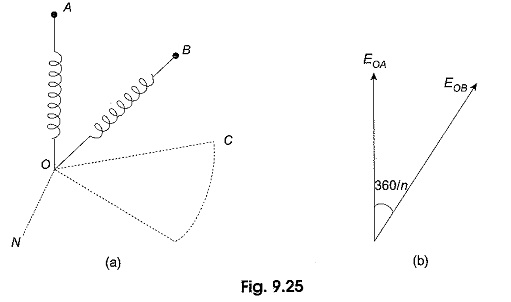 The angle of phase difference between adjacent phase voltages is 360°/n. Let EPh be the voltage of each phase. The line voltage, i.e. the voltage between A and B is equal to EAB = EL = EAO + EOB. The vector addition is shown in Fig. 9.25 (c). It is evident that the line current and phase current are same. 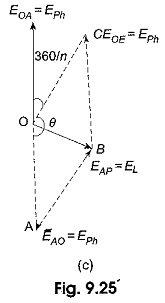 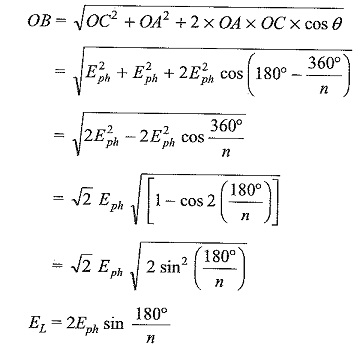