Wagner Ground Connection – When performing measurements at high frequency, stray capacitances between the various bridge elements and ground, and between the bridge arms themselves, become significant. This introduces an error in the measurement, when small values of capacitance and large values of inductance are measured.

An effective method of controlling these capacitances, is to enclose the ele­ments by a shield and to ground the shield. This does not eliminate the capaci­tance, but makes it constant in value. 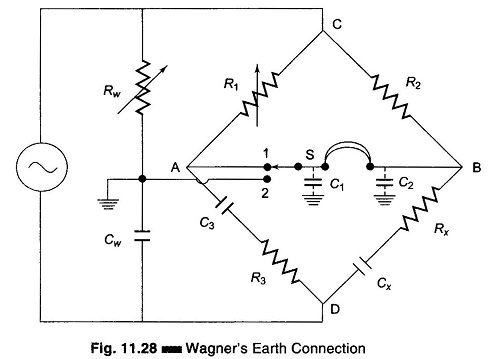 The addition of the Wagner ground connection does not affect the balance conditions, since the procedure for measurement remains unaltered.