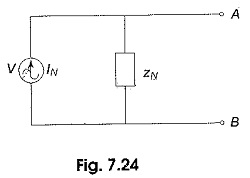 Consider the circuit shown in Fig. 7.25.

The impedance between points A and B, with the source replaced by a short circuit, is Norton’s equivalent impedance. 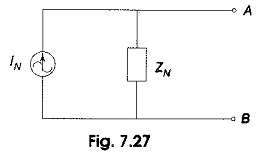