Consider the network function as follows,

Then we can expand F(s) as,

The poles and zeros are plotted on the complex plane as shown in the Fig. 3.28. 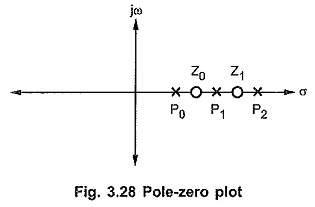 Note that the residues of the conjugate poles are also conjugate in nature.

With the help of ruler and protractor angles of the vectors so that residues can be determined. Consider following function,

For finding partial expansion, factorize the denominator by general method, we get 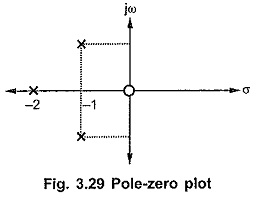 The partial fractions can be written as,

To find A, draw vectors from other poles and zeros. Find magnitude and angle with +ve real axis of all vectors.

Note that for the function given, scale factor K= 3. The vectors drawn from zeros must be written in numerator while those from poles in denominator. 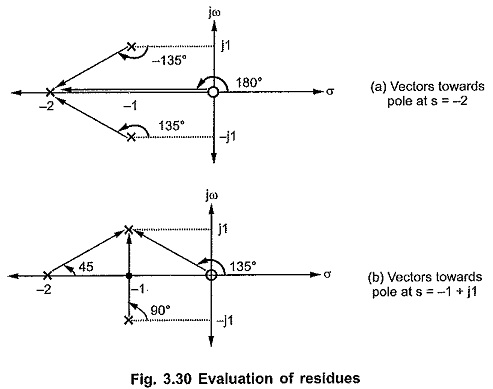 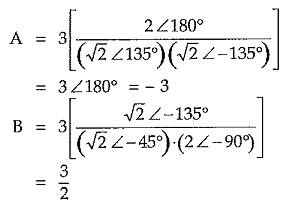 Similarly C = 3/2, as we have seen already that residues of complex conjugate poles are also conjugate in nature.