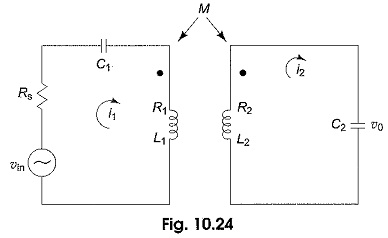 For the circuit shown in the figure, a special case where the primary and secondary resonate at the same frequency ωr, is considered here,

The two mesh equations for the circuit are

where A is the amplification factor given by

The maximum amplification or the maximum output voltage can be obtained by taking the first derivative of υo with respect to M, and equating it to zero. 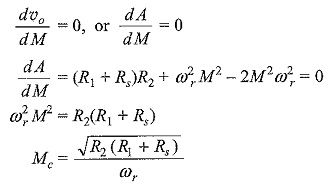 where Mc is the critical value of mutual inductance. Substituting the value of Mc in the equation of υo we obtain the maximum output voltage as 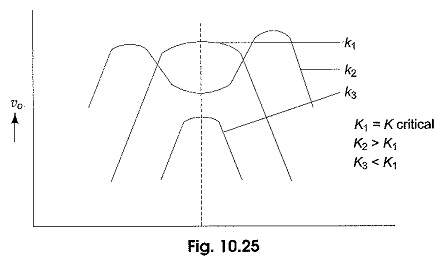