The solution of a balanced three phase circuit is easily carried out by solving the single-phase network corresponding to the reference phase. 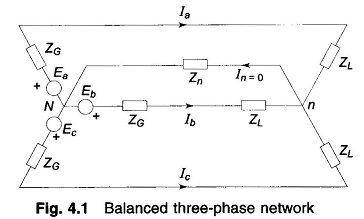 Figure 4.1 shows a simple, balanced three phase circuit. The generator and load neutrals are therefore at the same potential, so that In = 0. Thus the neutral impedance Zn does not affect network behavior. For the reference phase a

The currents and voltages in the other phases have the same magnitude but are progressively shifted in phase by 120°. Equation (4.1) corresponds to the single-phase network of Fig. 4.2 whose solution completely determines the solution of the balanced three phase circuit. 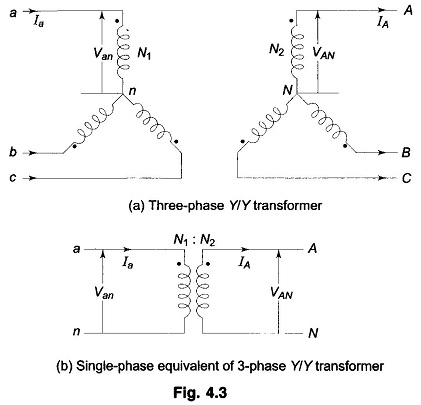 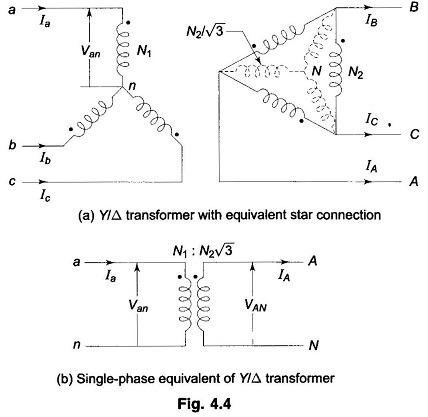 In most analytical studies, we are merely interested in the magnitude of voltages and currents so that the single-phase equivalent of Fig. 4.4b is an acceptable proposition. Wherever proper phase angles of currents and voltages are needed, correction can be easily applier after obtaining the solution through a single-phase transformer equivalent.