An amplifier which amplifies the input without producing any phase shift between input and output is called Noninverting Amplifier. The basic circuit diagram of a Non Inverting Operational Amplifier is shown in the Fig. 2.20. The input is applied to the noninverting input terminal of the op-amp. 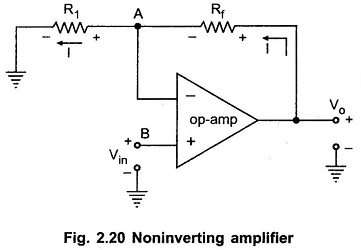 Let us derive the expression for its closed loop voltage gain.

The node B is at potential Vin, hence the potential of point A is same as B which is Vin , from the concept of virtual share.

At the inverting terminal,

Entire current passes through R1 as input current of op-amp is zero. 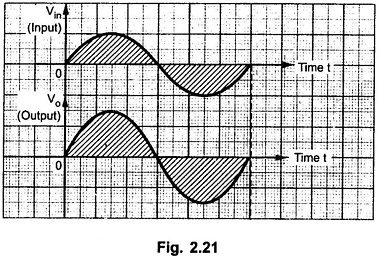 Comparison between Inverting and Noninverting Amplifier:

The Table 2.2 provides the comparison between inverting and noninverting amplifier using op-amp circuits.