The commonly used Instrumentation Amplifier using Op Amp is one using three op amps. This circuit provides high input resistance for accurate measurement of signals from transducers. In this circuit, a noninverting amplifier is added to each of the basic difference amplifier inputs. The circuit is shown in the Fig. 2.51 (a). 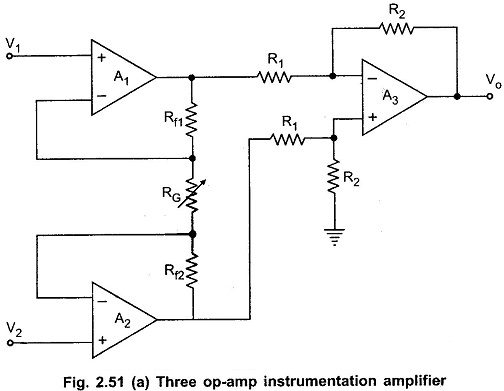 The block diagram representation of the Three Op Amp Instrumentation Amplifier is shown in the Fig. 2.51 (b). 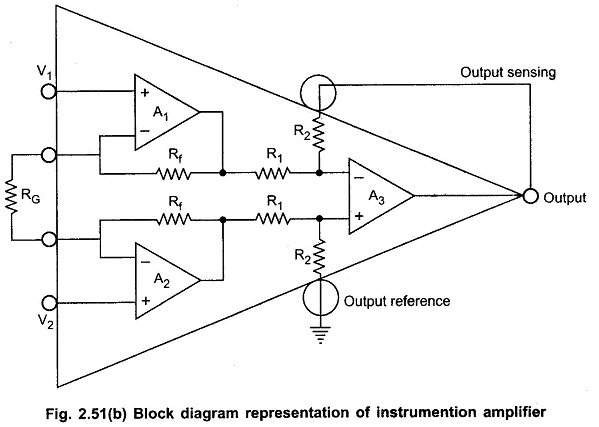 Consider the first stage as shown in the Fig. 2.52. 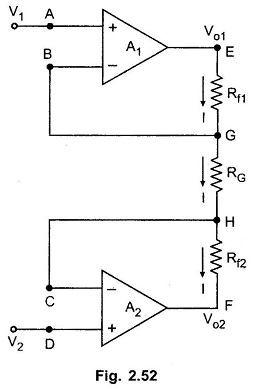 The input current of op-amp A1 and A2 both are zero. Hence current I remains same through Rf1, RG and Rf2.

Applying Ohm’s law between the nodes E and F we get,

Now from the Observation of nodes G and H,

This is the overall gain of the circuit.

Thus the circuit satisfies all the requirements of a good instrumentation amplifier and hence very commonly used in most of the practical applications.

Note : The resistance RG is generally implemented as the series combination of the base resistance and the pot. This is shown in the Fig. 2.53. 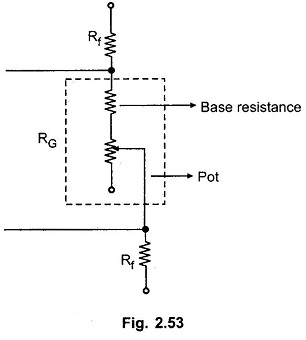 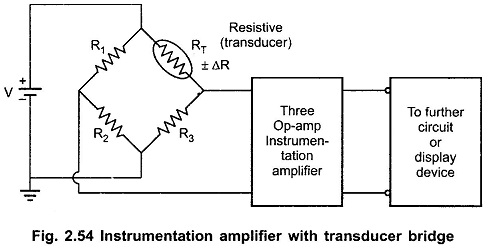