CoTree and Tree in Circuit Analysis: 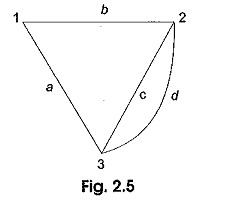 In Fig. 2.6, there is no closed path or loop; the number of nodes n = 3 is the same for the graph and its tree, where as the number of branches in the tree is only two. In general, if a tree contains n nodes, then it has (n-1) branches. 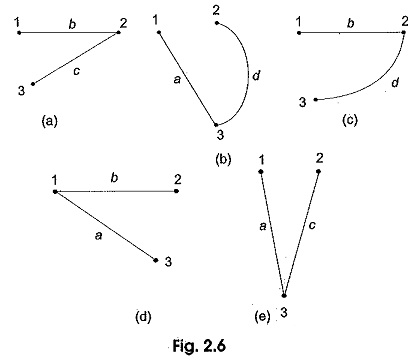